"Tough Brexit": What Will Britain Gain and Lose? 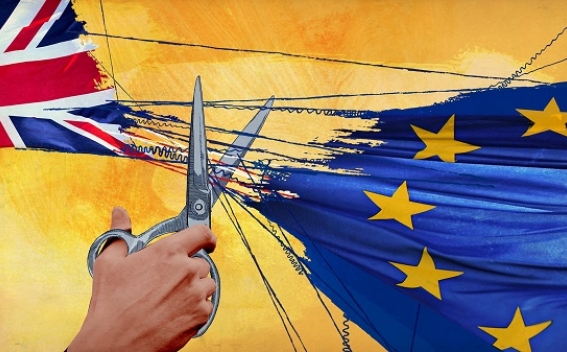 British Prime Minister Theresa May presented the program, by which she is going to push forward the process of British withdrawal from the EU. Many described it as "Tough Brexit". Overall, the process showed concreteness that will allow both the EU and the UK to build their future policy. Below the reference is made to the provisions of the May's plan and their meaning for each of the sides. This will allow imagining the interests of the sides and their motives for further steps.

Britain will leave the European single market and customs union

May announced that they will move by way of building "Global Britain", which will itself build its economic relations with foreign partners, with no obligations to the EU.

To put it otherwise, Britain is losing access to European markets by privileged terms, which can cause problems for investors. At the same time, this could not be unanimously acceptable for the units within Great Britain, including Scotland.

Brussels, in its turn, will also suffer from this decision of Britain. Still Brussels will not leave this issue unsolved to prevent any further precedents.

Maintain trade with the EU without customs duties

Britain is preparing to sign a new agreement with the EU on the regulation of economic relations, which will help to maintain trade without customs duties. If this can be economically beneficial for both parties, Brussels is still unlikely to agree because of the political aspect. Some EU member states have already announced that Britain, leaving the EU, has to "suffer" in order to prevent a domino effect. Otherwise, other EU member states will also desire to leave the EU still continuing to enjoy privileged economic conditions.

Seeing that there is an ambiguous attitude towards Brexit in Scotland and Northern Ireland, May is now focusing on strengthening the United Kingdom, taking into an account the interests and suggestions of all its units.

Both Scotland and Northern Ireland voted against leaving the EU during the referendum. After the publication of the referendum results, Scotland again raised the issue of holding its independence referendum, even circulating the respective bill to conduct the second referendum. Scotland prefers to remain part of the UK, and at the same time, maintain its membership in the EU, while May is unlikely to agree on that.

On the other hand, the relations with the Republic of Ireland, EU Member State, (including preferential conditions in the economy and mobility) are vital and fundamental for Northern Ireland. If Brexit threatens to the preservation of the existing situation, the fragile stability of the Irish island can give cracks. It is not by chance, that according to May, the special provision should be included in future agreements with the EU, to ensure the preservation of a special relationship between Britain and Ireland, particularly in terms of trade and freedom of movement.

Given the EU's position on the Scottish independence referendum, it can be assumed that the Brussels will avoid to directly supporting Edinburg. However, it is not excluded that Scotland will play its role in "punishing" Britain.

The issue of migration was one of the main reasons for the UK to leave the EU. After Brexit London is going to restrict migratory flows from the EU. At the same time, it intends to preserve the rights of the EU citizens living in Britain and British citizens living in the EU.

This is perhaps one of the issues on which Brussels doesn’t have significant leverages on London. Naturally, both sides will be interested in having privileges for their citizens, and in this regard the EU is unlikely to create problems for Britain. Similarly, Britain plans to maintain its cooperation with the EU in science, education and healthcare. It is also true for security, international cooperation in the fight against crime and terrorism.

Thus, Britain chose strict divorce from the EU, which will give an opportunity to get rid of its obligations towards the EU. May declared about her intention to build ‘’Global Britain’’ including closer economic ties with the US and attracting new investments through special tax policy. At the same time, London will do everything to get the widest possible privileges from the EU, without assuming additional responsibilities. Another issue is that this approach is not mutually beneficial, and the EU is trying to prevent any such precedent in the future by ‘’punishing’’ Britain.

Therefore, most likely, Brussels and London will agree on cooperation in key areas, with minimal inconvenience to their citizens and at the same time maintaining good neighborly relations. However, it is unrealistic to expect that Britain will go out without losses. Instead, May will try to compensate the losses by deepening the economic ties with the outside world.

As for Scotland and Northern Ireland, they will try to protect their own interests and obtain privileges in this process of divorce. The Scottish Government has already expressed dissatisfaction with the fact that their opinion was not taken into account, and now Edinburg presented its own proposals, neglecting of which might lead to the second referendum on independence.