Theresa May And Donald Tusk Met In Brussels 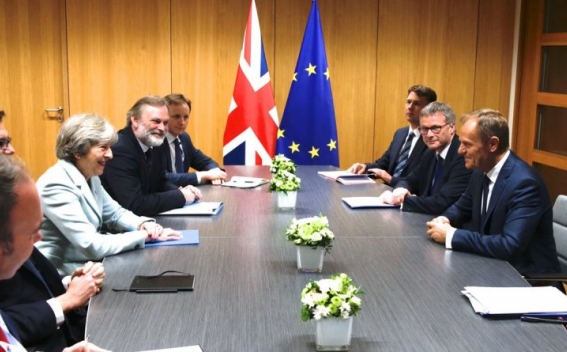 British PM Theresa May hold a meeting with Donald Tusk in the framework of Eastern Partnership Summit in Brussels. They tried to move forward in the Brexit talks.

Negotiations have been held up over the past months over citizens rights and the Brexit divorce bill.

“There has been a very positive atmosphere in the talks and a genuine feeling that we want to move forward together. I said that we would honour our commitments, I said that no country, no member state of the EU needs to worry that they would receive less or have to pay in more in the current budget plan and that we would honour our commitments. That’s what we’ve been talking about,” said May as she left a meeting in Brussels, report Euronews.

May said that she did not want a hard border to return the island of Ireland.

There are fears that it could undermine the Northern Ireland peace agreement.

EU leaders meet in Brussels on December 14 and 15 to discuss Brexit.