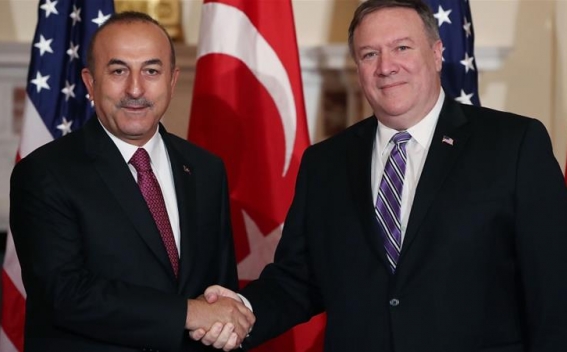 The United States and Turkey approved a road map for stabilizing the situation in the northern Syrian city of Manbij. According to the statement of the Turkish Foreign Ministry Turkish Foreign Minister Mevlut Cavusoglu and the US Secretary of State Mike Pompeo confirmed their commitment to continue the joint fight against terrorism in the region, they also considered the recommendations of the Turkish-American working group on Syria.

According to Cavusoglu Ankara and Washington will start implementing the road map on Syrian Manbij for 10 days. During that period work will begin on the preparation for the implementation of the agreement on Manbij. They will decide when the military will enter there, after the departure of YPG, how they will monitor, who they will manage the region, etc. Cavusoglu noted that the US repeatedly did not keep its word on the YPG's exit, and if now, after agreeing to the road map, they again fail to fulfill it, this will again spoil Turkey's relations with the US. The minister added that the road map will assume the surrender of weapons by members of the YPG, and if the model of cooperation between Turkey and the US on the Syrian Manbij succeeds, it will be extended to other cities of northern Syria.

Аs it is known, relations between Turkey and the US are in crisis because of the support provided by Washington to YPG. Ankara considers YPG a terrorist group connected with the Kurdistan Workers Party (PKK) banned in Turkey. Washington explains its actions by combating the terrorist group "Islamic State".

Back in January this year, Turkish President Recep Tayyip Erdogan announced that his military will continue to conduct operations against the Kurds in Syria until its borders are "completely cleared of militants". Тhe Turkish president made such statement after the occupation of Syrian Afrin which was the result of the actions known as the "Olive branch". By the way, the Turkish Foreign Minister has already stated that in the case of the implementation of the road map, the forces of YPG will have to leave Manbij, otherwise Ankara will take the same steps against them as in Syrian Afrin.

It should be reminded that in March the US stated that American troops do not intend to leave Manbij controlled by the Kurds. The Turkish side responded by saying that the US should stop arming the Kurdish forces. At that time, a number of experts were inclined to believe that the situation was so intense that it could come out of control at a certain point, leading to a collision between NATO two members - Turks and Americans. Perhaps this danger was also realized by Turkey and the United States and this made them reach a certain agreement on Manbij regardless of the tension in the relations.