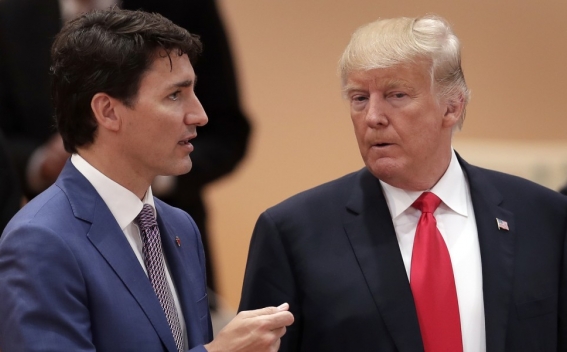 US President Donald Trump and Prime Minister of Canada Justin Trudeau spoke Monday to discuss showing solidarity with the United Kingdom and the decision from both countries to expel Russian diplomats following the poisoning of a former Russian spy and his daughter in the United Kingdom earlier this month, Washington Examiner reprts.

According to the White House, the call was designed to ''affirm the solidarity of both countries with the United Kingdom and discuss the joint expulsions of Russian intelligence officers in response to Russia’s use of a military-grade chemical weapon on the United Kingdom’s soil''.

The call comes after Trump revealed on Monday that 60 Russian diplomats would be expelled ''in response to Russia's role in the attack'' and have seven days to leave the US.