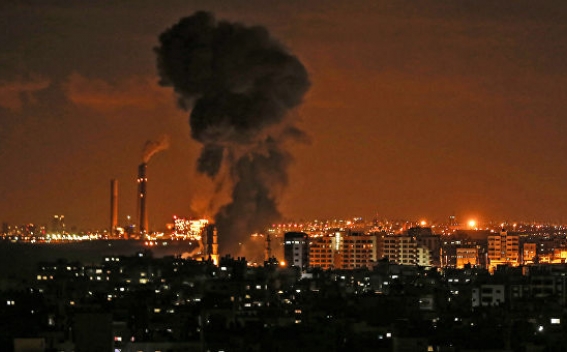 The Israeli army attacked some 100 targets in Gaza Thursday overnight in response to two rockets being fired at Tel Aviv from the Strip the evening before, a first since the 2014 war. According to a preliminary assessment by the army, militants fired the rockets toward Tel Aviv by mistake.

The army said the Iron Dome missile defense system was activated as a result of the rockets. It is assumed that the rockets landed in open areas due to the fact that no damage or injuries were reported.

Shortly thereafter, alarms sounded again in Israel's south. The Israeli army said two rockets were launched from Gaza, one of them intercepted by Iron Dome. No injuries or damages were reported.