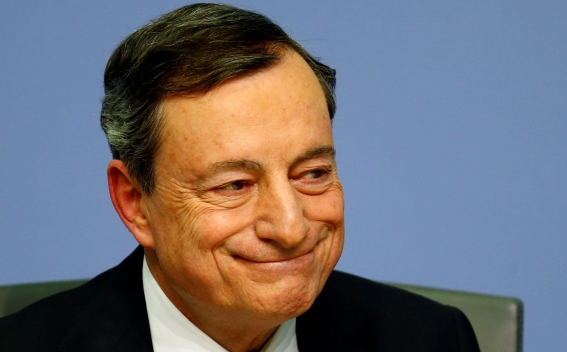 Mario Draghi said the eurozone economy faced a much more "prolonged sag" than was expected even a few months ago, as the European Central Bank president justified the monetary stimulus he announced this month, FT reports.

Mr Draghi’s comments came after a key survey of business executives showed that the eurozone’s economy was close to stalling, dragged down by a steep drop in German manufacturing activity. The new data hit markets and prompted predictions of imminent recession on Monday.

The purchasing managers’ index (PMI) for the eurozone fell to a six-year low of 50.4 in September, below forecasts and down from 51.9 in August. The figures, produced by IHS Markit, offer a closely watched snapshot into private sector activity. A reading below 50 signifies economic contraction.