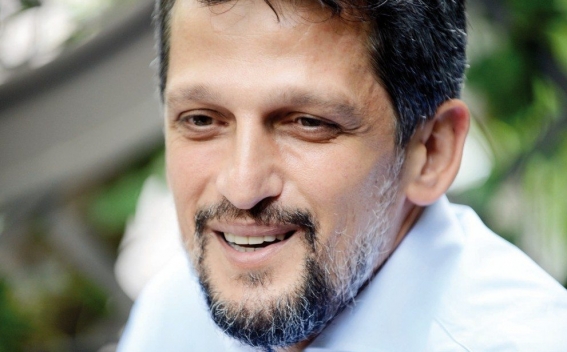 Garo Paylan, born in Istanbul in 1972, is one of three deputies of Armenian origin, who have been elected to Turkish Parliament in 2015. Paylan represents the pro-Kurdish Democratic People's Party.

In Turkey, the deputy is also with his nickname "Garo Ermeni" (which means Garo - Armenian), because from the very first day of work in the Parliament he began to raise questions relating to the rights of the Christian population of Turkey. He even came up with an initiative to recognize Christmas as an official holiday in the Turkish Republic. Besides, due to his efforts, the "Camp Armenia" in Istanbul, which had long been acting as an Armenian orphanage, was returned to the Armenian community. The newly elected MP also decided to fight against many historical distortions in Turkish textbooks, which, in particular, is related to the Armenian Genocide.

Before being elected to the Turkish parliament, Garo Paylan had been actively engaged in social activities, helping the Armenian community of Istanbul.  He had long been the coordinator of the Armenian schools projects. He tried hard to find and get Armenian teachers, textbooks and materials, because the Turkish Ministry of Education did nothing about Armenian schools.

Besides, he was cooperating with Hrant Dink and supported him when in 1996 the latter decided to found the newspaper "Agos".  Then, after Dink’s murder by a Turkish nationalist,  Garo got involved in his protracted court case.

However, the decision to engage in politics was not by chance in Garo Paylan’s career. According to the deputy, he took this step for one purpose only - to change the situation in Turkey in regard to national minorities, and prevent further distortion of historical facts about the Armenian Genocide of 1915 committed by Ottoman Empire.

Recalling his family story, Paylan said that in 1969 his parents decided to move from their native Malatya to Istanbul, where the local Armenian community was the largest one, so that he, his brother and sister could grow in the Armenian environment and go to an Armenian school.

The MP admits that after moving to and exploring the Armenian Istanbul, the idea of ​​fighting for the rights of Armenians living in Turkey immediately came to him, and his main mission became achieving the recognition of the Genocide of 1915, which the Turkish state is still trying to hide from their own people.