0.94% of Armenians Voted in Favor of Withdrawal from the EAEU 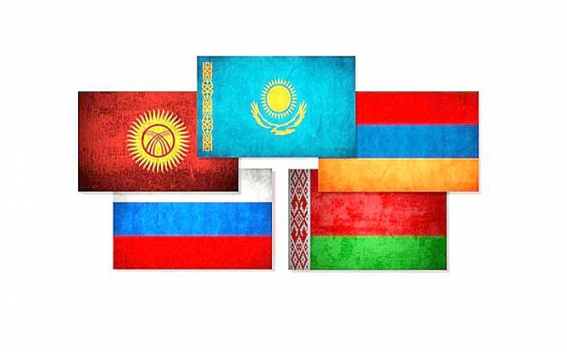 Parliamentary elections of Armenia are already over. It is clear that the pre-election programs of parties and their proposals on foreign policy were not the primary factors during the elections. In many cases, the decision of citizens were influenced by other, objective and subjective factors, nevertheless, the results of the elections simultaneously make it possible to draw conclusions about public sentiments on parties’ approaches on certain issues. This also applies to Armenia's integration processes.

Out of the nine political forces participating in the elections, only the "Free Democrats" party has shown the most radical approach to the integration processes. It offered Armenia's withdrawal from the EAEU, discussed the effectiveness of the CSTO and put the question of Armenia's membership to the EU, and later to NATO. This party won only 0.94% of the votes. Thus we can conclude that this approach was not fully acceptable for the Armenian public.

Another outstanding pro-Western force is "Yelq" alliance, which also considers Armenia's membership to the EAEU to be erroneous, but nevertheless it does not raise the issue of withdrawal. Instead, the alliance proposes to assess all the risks arising from membership, take steps to overcome them, and simultaneously strive to sign the Association Agreement and the Deep and Comprehensive Free Trade Area with the EU. This party got 7.78% of the votes.

"Armenian Renaissance" party, "Congress-PPA" and "Ohanyan-Raffi-Oskanyan" alliances did not address the integration processes in their election programs. In an interview with "Armedia" IAA, the representatives of the alliances - "Congress-PPA" (1.65%) and "Ohanyan-Raffi-Oskanyan" (2.07%) stressed the importance of cooperation with both the Russian Federation and the EU. The Republican Party of Armenia (49.16%) and the "Tsarukyan" Alliance (27.35%), who won the largest number of votes in the parliamentary elections, advocated the combination of the two integration processes, and the development of close cooperation in both directions.

The ARF (Dashnaktsutyun) notes that Armenia should conduct an independent foreign policy, stressing that they are not pro-American, pro-Russian or pro-European force, but a pro-Armenian force.

In total, this party can also be considered as a supporter of combining the two integration processes. It gained 6.58% of the votes.

The Communist Party of Armenia, which has not overcome the electoral threshold (it received 0.75% of the votes), in spite of its communist ideology, also emphasizes the importance of the two integration directions.

Summarizing what has been said, we can note that as a result of these elections, 8.72% of the Armenian society gave preference to the most pro-Western forces, and 87.56%, to the combination of European and Eurasian integration processes, i.e. "and-and" policy.