Turkey Suspected in Recruiting Ex-Isis Fighters Against Kurds in Afrin 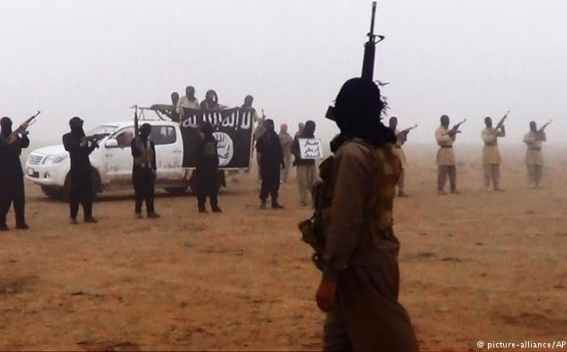 Turkey is recruiting and retraining Isis fighters to lead its invasion of the Kurdish enclave of Afrin in northern Syria, according to an ex-Isis source.

“Most of those who are fighting in Afrin against the YPG [People’s Protection Units] are Isis, though Turkey has trained them to change their assault tactics,” said Faraj, a former Isis fighter from north-east Syria who remains in close touch with the jihadi movement.

In an interview with The Independent, he added: “Turkey at the beginning of its operation tried to delude people by saying that it is fighting Isis, but actually they are training Isis members and sending them to Afrin.”

An estimated 6,000 Turkish troops and 10,000 Free Syrian Army (FSA) militia crossed into Syria on 20 January, pledging to drive the YPG out of Afrin.

The attack was led by the FSA, which is a largely defunct umbrella grouping of non-Jihadi Syrian rebels once backed by the West. Now, most of its fighters taking part in Turkey’s “Operation Olive Branch” were, until recently, members of Isis.

Turkey launched ‘Operation Olive Branch’ against Kurdish fighters in Afrin accusing them of terrorism. Ankara says the operation is in line with international law and that it is taking care to avoid civilian casualties. However, reports from Kurds have claimed that the operation has already led to multiple civilians losing their lives.

According to Reuters, ''Islamic state'' had great many losses in 2017, including Mosul in Iraq and Raqqa in Syria. ISIS was almost destroyed, and most of its chief commanders and skilfull fighters killed or dispersed. However it tried to revive again in recent weeks, fighting against the local opponents and starting some guerrilla attacks in weakly defended places.

Isis and Turkey are seeking to use each other for their own purposes. Turkey is evidently aware that using Isis fighters as the spearhead for the assault on Afrin, even if they relabelled as FSA, is likely to attract international criticism, and, in particular, confrontation with the US as the latter appeared in a very difficult position.

US Pentagon stated that Turkey's operations in Syria are distracting from efforts to ensure the defeat of Islamic State and risk "exacerbating the humanitarian crisis" in the country, writes RT.

Ankara's operation against Kurdish fighters in Afrin, in US viewpoint, risks worsening the humanitarian crisis in the area, as well as in other parts of the country.

US urged Turkey to exercise restraint, stating that it has already disrupted the peaceful return of refugees and could be seen as an opportunity for Al-Qaeda and IS.

US support for the YPG has long been a source of tension between Ankara and Washington, with some Turkish politicians calling to ban the US Air Force from using Incirlik Airbase in Turkey until the Pentagon ends its ties with Syrian Kurds.

The fighting between Turks and Kurds and the growing confrontation between the US and Turkey are all in the interests of Isis. It does not have the strength to recover from its crushing defeats last year, but the opponents it faced then are now fighting other battles.