The International Focus on German-Turkish Talks 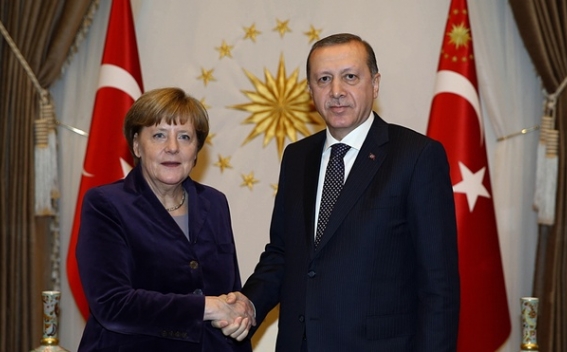 German Chancellor Angela Merkel’s visit to Turkey the other day resulted in large international discussions and different reactions from the global mass media.

Most of the European sources insist that Merkel’s mission to Turkey was unaccomplished and that she returned empty handed to Germany.

''The German leader traveled to Turkey to nudge Ankara into fulfilling its commitments under a €3 billion deal agreed with the EU in November to stop refugees from heading to Europe,'' Politico journal writes, ''Instead, she found herself confronted with fresh complications and new demands from Ankara''.

Merkel and Turkish PM Ahmet Davutoglu's efforts to deal with the refugee crisis came as fresh attacks by Syrian President Bashar al-Assad forces and Russian bombing raids on the Syrian city of Aleppo left about 35,000 Syrians stranded at the Turkish border, Deutschland explains the situation, quoting Merkel's words: "We are appalled by the human suffering caused by the bombings - also from the Russian side."

Both the German and Turkish leaders called for a rapid end the action against Aleppo, with Davutoglu describing it "now as a major priority." He said Moscow airstrikes "showed how insincere Russia is." Merkel said the Russian activity contravened a UN resolution which seeks to prevent attacks on civilians.

Turkish Hürriyet echoes the German one blaming Russia and Moscow in the current tension of the region, quoting in turn Davutoglu's words: ''Obviously, as always, we will provide for our Syrian brothers and accept them when necessary,'' he said, while however, cautioning that ''no one should assume that just because Turkey is taking in all the refugees that it should be expected to shoulder the refugee issue alone.''
As for Recep Tayyip Erdoghan, Turkey’s President, he told that meetings with Chancellor Merkel have become more frequent lately which quite good.

In response to all these meetings and talks, Russian side seems to be very dissatisfied and angry.

"Of course, the place where it was said is also important. Angela Merkel understands perfectly that Turkish-Russian relations have been strained to the maximum," Alexey Pushkov, the head of the Russian State Duma Committee for Foreign Affairs  said adding that the German chancellor was still holding a tough and non-constructive stance on Russia.